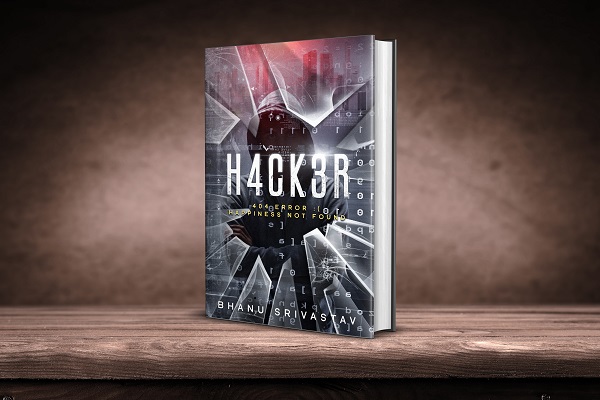 “This book is based on a fictional story of world's biggest looser - Surya, who lost the battle of his life. His battle included how he chose to end his life and how he bounced back to become India's Biggest Business Tycoon. The story contains several ups and downs of Surya which teaches us that we are not alone in this world with pain, how we bounce back is what matters the most. How a college hacker who was famous for small cyber-attacks, hacked something which was never meant to hack and thereafter his life took a turn and changed everything,” said Mr. Bhanu Srivastav, Author of the book at the launch event.

“It is my privilege to be associated with a book that not only tells a strong narrative but also is connected with such a noble cause under which they are donating all the royalty earned by the books sales to Childline India and The Akshaya Patra Foundation” said Mr. Shiv Ram Mishra, Chief Manager (HR), Syndicate Bank at the launch event.

The book “HACKER” is so compelling that it has already attracted more than 7,000 Book Lovers all over India to pre-order the book before its launch. As per the publisher, the response of readers is overwhelming, and it is expected that the Book will become National Bestseller in less than 50 days.