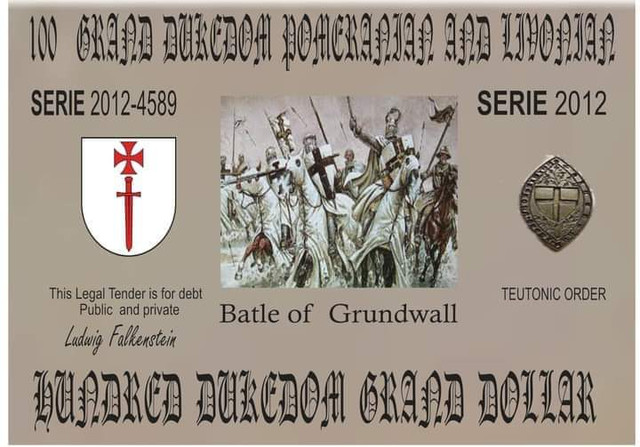 Dukedom Grand Dollar is our currency of the GOV IUKAC Empire. Our Gand Dollars is 10 years and 10 months from its first printing. It is time for them to enter the market formally. They have already been used and are worth more than US dollars. To pay the weekly salary of a person, I would charge 200 Grand dollars per week which is equivalent to 528 US dollars or 500 Euros. That would be the minimum wage our nation believes we should pay. We pay well so that the nation can prosper. And everyone can have their house and things. Of course, we are going to promote education and having good Universities. And the development of creating study habits so that our citizens can educate themselves and make their careers. The Open University is allowed but regulated by the States. We will talk about that more go ahead. Our IUKENSE bank already offers loans and stock certificates and checks and we seek to improve our monetary system and establish good monetary policies. For the use of our payments, although it may be of higher value, we will pay according to international wage payments.