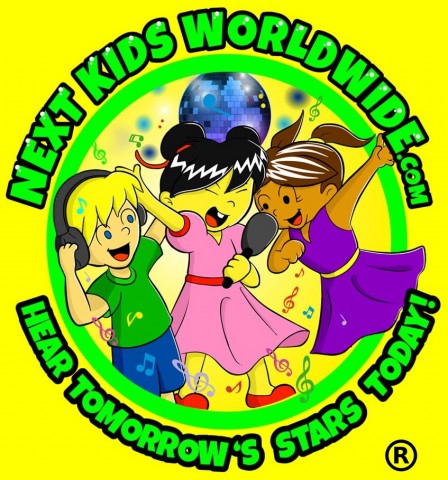 Hollywood, California: Award winning filmmaker and radio personality Tim Greene (WWW.TIMGREENEFILMS.COM) has launched Next Kids Worldwide.Com (WWW.NEXTKIDSWORLDWIDE.COM ) which is a new one of a kind commercial free radio and TV streaming platform that will give millions of kids from all around the world in six languages a change to let their talent shine and view positive entertainment 24 hours a day from the stars of tomorrow.

“I was looking for an innovative way to positively motivate and engage the millions of kids, families and communities who are constantly streaming music and video content on their cell phones and laptop computers. With over 15 years of broadcasting experience in major markets like Los Angeles, Philly and Japan I’ve learned that kids love content made for them and by them, and now millions of kids all around the world ages 3 to 12 will have a streaming Radio and Television platform that they can call their own as well as submit original music and videos for consideration to be aired. Parents can send their kid’s original songs and music videos to [email protected] for consideration. Next Kids Worldwide® will also be releasing a Holiday Mixtape featuring new soon to be classic Holiday Songs called “Jingle Beats Volume 1”. Kids can also submit original Holiday Themed Music and Videos for consideration. Not to be confused with Kidz Bop, the Next Kids Worldwide® Mixtape will feature original songs & videos made by kids for kids.

Listen Live right now at: https://fastcast4u.com/player/tigreene/ music is the soundtrack of family life and Next Kids Worldwide® hand selects the music and videos that air on our network so parents do not have to worry about a computer randomly choosing the next song that plays which may introduce your kid to content meant for adults. Parents also do not have to worry about paying monthly subscription fees because Next Kids Worldwide® is absolutely free to everyone with no commercials whatsoever. Our tagline is “Strive For Excellence” and we also give free Next Kids Entertainment & Edutainment Workshops for families with kids who want to break into the music/entertainment business in communities nationwide. To date we have given out over 400 Laptop Computers and other prizes to kids who have great grades, but their family may not have the finances to buy a computer during our 30 city tours in underserved neighborhoods because we at Next Kids Worldwide always believe in giving back to communities nationwide for over 15 years. We are also currently negotiating multiple deals for NEXT KIDS WORLDWIDE® Global Merchandising including a Next Kids Clothing Line, Kids Sneakers, Next Kids Record Label, Toy Line, Next Kids Worldwide®Awards Show, Bluetooth Headphones, Breakfast Cereal, Snack Foods Line and Hip Hop Soda Pop” Say’s Greene. We urge parents & kids to help spread the word by sharing our link on TIK TOK, Facebook, Instagram, Snapchat & other social media sites. Generation Alpha (children born after 2011) does not sit in front of a TV set anymore, they stream all of their entertainment on mobile devices by millions of views and Next Kids Worldwide® will be the commercial free digital destination for kids and families worldwide. With a keen eye for spotting talent, setting up over 200 meetings in Hollywood for talent and being called the Walt Disney of Hip Hop by reporters, Tim Greene will seek out bona fide performers and Kid Influencers for the YouTube Generation. Next Kids Worldwide® talent will also star and act in short films to help keep their viewing audience engaged and entertained. “Getting major inspiration from Tyler Perry opening his massive “Tyler Perry Studios”, Oprah Winfrey launching the “Oprah Winfrey Network” and Ava DuVernay launching her own independent film distribution company “ARRAY”, I thought to myself why not use new technology integration to reach well over a billion underserved kids around the world with fun filled short themed entertainment where they can not only watch the stars, but really have a chance to be a star” Says Greene.

Next Kids Worldwide® creator Tim Greene is a Sony Innovators Award finalist, a former top rated radio personality in Los Angeles at KKBT (FM 92 The Beat) and Stevie Wonder’s KJLH, in Philadelphia at WPHI 100.3 The Beat and was producer and host of the TV & Radio show “Dance City From Hollywood” that aired on Bay FM in Japan. As a mega award winning filmmaker Tim Greene has been a panelist at The Los Angeles Film Festival (Directors Guild Of America’s Main Auditorium-Low Budget Summit), The Philadelphia International Film Festival, The Pan African Film Festival, The Black Hollywood Film Festival , Peachtree Int’l Film Festival (Atlanta), Southwest Georgia Film Festival and Arlene's Grocery's Film Festival (New York). Tim has been featured in Backstage Magazine, The Hollywood Reporter, The Business Of Film Magazine, Show Business Magazine (New York), Power Networking, Filmmakers Alliance Magazine, New York Beacon, The California Crusader, The Los Angeles Sentinel, Los Angeles Wave, Our Weekly and The LA Weekly. As a songwriter and record producer, Tim has produced 17 single releases. As a former talent manager Tim is known for discovering 73 year old “Rappin Granny” and took her from the streets of South Central Los Angeles to starring in the Fox TV kid’s series “Beetle Borgs”, which was created by Haim Saban of “The Power Rangers” fame as well as over 35 national TV commercials and 17 feature films including The Wayans Brother’s “Don’t Be A Menace”. Tim Greene also served as the Grand Marshal for the 17th “Kingdom Day Parade", which was seen on KNBC TV in Hollywood California. Tim has received a Certificate Of Commendation from The City Of Los Angeles for “Young People For Young People”, “Men Who Cook And Care”. As a celebrity tennis player in Hollywood Tim has won Tennis Tournaments with The Make A Wish Foundation (Beverly Hills Country Club) and John McEnroe's “Love Match” Celebrity Tennis Tournament (Riviera Country Club).