By Tol Bayo on January 11, 2020 in English Media Releases 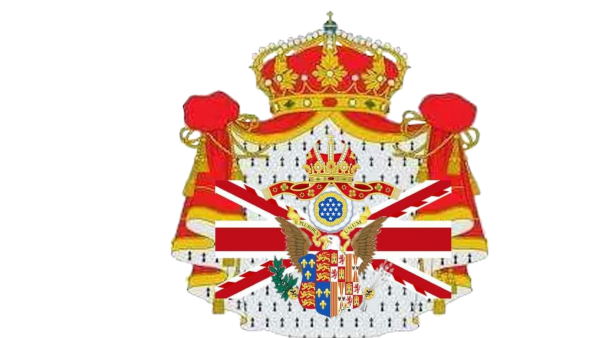 THE PARLIAMENTARY MONARCHY IN USA IS A REALITY

This kingdom is a Tetrarchy Gov

Government of USA, Local Government, and other.

We have declaration of sovereign of kingdom of new United State.

King Ludwig Falkenstein is absolute. He can change constitution by absolute power. He change amended this clause and we add a kingdom of new United State monarchy and constitutional government.

The new state has a different version of flag of USA and coat arm special prepare to the kingdom.

The enclave is not established formally.

However King Ludwig house and Washington DC is enclave unofficial. We want a house of United State with a hall of throne and your crown that coming soon.

The Tetrarchy Gov used by the kingdom of new United State gives the opportunity to new rulers and new leaders to participate in the Tetrarchy council.

We offer a few nobility title of the kingdom of new United State. Count, Baron, Lord, Lord of Manor to the people who want to participate and pass our requirements

2 nations in one: monarchy nation and constitution nation.

The monarchy of United State is act.

The kingdom is in organization yet but believe in some moment all part together.

View all posts by Tol Bayo →